There is a big distinction between a cat having ears that are floppy and one having just one floppy ear. In the situation of the former, it’s most likely because of their breed. Some cat breeds have been developed over time to produce ear forms that differ considerably from those of other house cats. Long-eared or floppy ear cat breeds, as well as those with a curl or fold, are examples of this category. If your cat has only one droopy ear but the other is erect, there is likely a problem. We’ll explain why your cat’s ear is floppy. We’ll show you when this is due to their breed and when we need to take action.

Does Your Kitten Has A Floppy Ear 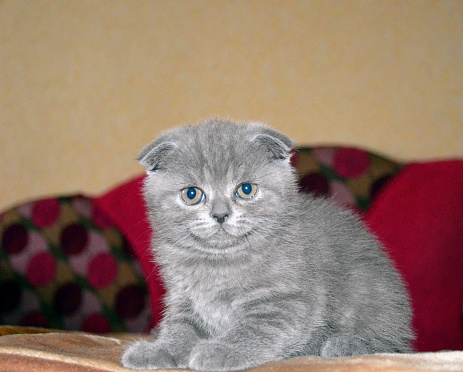 Felines are altricial creatures, which means when they are born, they are totally dependent on their mother for survival. This is due in part to the fact that they were not fully developed physically. They cannot hear and will not open their eyes until after their transition period, which lasts 9-15 days.

Kittens do not have erect ears until they are a few days old. They are tiny and still in the phase of development meant resting somewhat flat against their heads. The kitten’s ears will begin to lift after a short time. We may observe a kitten with a floppy ear at this stage. When one ear raises before the other, it is at this point. However, because both ears should develop simultaneously, this time period is unlikely to be lengthy.

Neither ear of a cat breed with non-erect ears will fully erect. They will, however, develop and mature, resulting in their distinctive ear form. The majority of these cats are pedigreed, and they will almost certainly be purchased from a breeder. If you’re not sure, though, check to see whether your cat is a folded breed.

However, if your kitten has only one floppy ear that continues to develop normally but the other seems deformed, you should be concerned.

What To Do If Your Cat Has A Floppy Ear 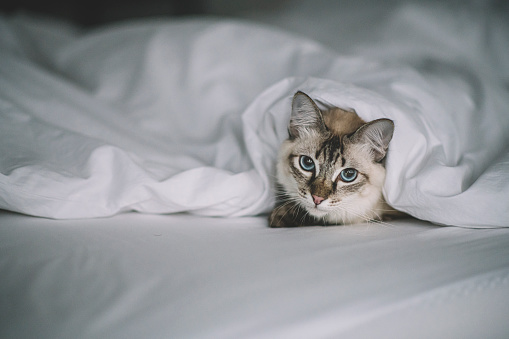 If a cat’s ear is floppy as a result of one of the above circumstances, it must be treated. The issues are frequently simple to correct, but if they have lingered for an extended period of time, deafness and other more severe consequences may develop. Antibiotics are generally given for an illness. The veterinarian will most likely prescribe antibiotics in this situation.

Various antiparasitic therapies may be used against mites and other parasites. Ivermectin is an antiparasitic drug for cats, but it will be determined by the diagnosis. This must be done by a veterinarian since the wrong medication would not work for particular parasites.

Finally, before your cat’s ear becomes floppy, we should do everything possible to avoid ear ailments. This implies that you should think about the following:

Does Your Cat Has One Floppy Ear

There’s a difference between a floppy developing ear and a drooping established one. If the cat has previously had erect straight ears, it should not return to a floppy condition unless there is something wrong.

The problem in question can be caused by a variety of things, but some are more probable than others. When subjected to pressure, the floppy ear bends forward. This might be due to: