Anyone who has a cat knows that they do some pretty crazy things, and they find the craziest places to sleep.

If there is an empty box on your floor, your cat will want to sleep in, regardless of how small it is. If you have a paper bag on the table, your cat will try to climb inside to take a nap. If your cat can find any enclosed space, they will use it for napping. While this behavior is not a cause for concern, it is a different story if your cat starts sleeping in the litter box.

The Litter Box Is As Complicated At Your Cat 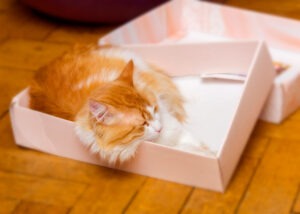 People who don’t have a cat don’t understand how cats feel about their litter boxes. Your cat’s litter box is as complicated as they are. If you have had multiple cats during your life, you know that different cats have different preferences regarding their litter box.

Cats are generally clean animals, and they want their litter box to be clean. This means scooping the box often. If you forget to scoop the box, some cats will still use it, even though they aren’t happy about it. Other cats will refuse to use a dirty litter box and relieve themselves in areas around the house they aren’t supposed to.

Some cats are very picky with the litter that you buy. There are plenty of types of cat litter on the market today. These include:

Each of these types of litter has its own benefits. You may find a litter that you think is great when it comes to keeping the litter box and your home clean; however, your cat might have a different idea of what is best. If your cat doesn’t like the litter in their box, there is a good chance that they won’t use it. This will result in your cat relieving themselves in other areas of the house. 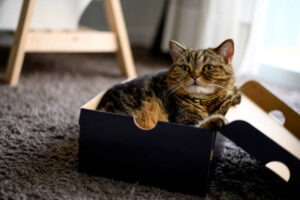 Another issue that cats have is whether or not there is a cover on the litter box. Some cats love the covered cat litter box because it gives them the privacy that they crave when relieving themselves. Other cats don’t like the idea of being so closed in when they go to the bathroom.

Overall, cats are complicated, and their litter boxes are just as complicated.

Why Do Your Kitty’s Litter Box Patterns Matter? 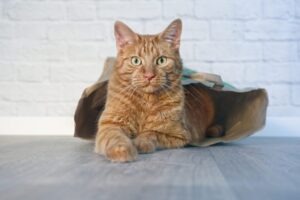 You also need to pay attention to the length of time that your cat spends inside the litter box and what they are doing while they are in there. Unfortunately, your cat cannot tell you when there is something wrong. If you pay attention to your cat’s litter box patterns, you can get some insight into what your cat is thinking and feeling, which will allow you to make changes or let you know that it is time to schedule a visit to the vet.

Why Is My Cat Sleeping In the Litter Box?

Some cats spend more time in the litter box than others. Some feel the need to cover their mess over and over again, which results in them spending a while in the litter box. Others like to take their time relieving themselves. 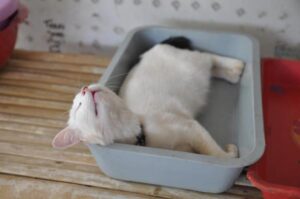 Why Is My Cat Suddenly Sleeping In the Litter Box? 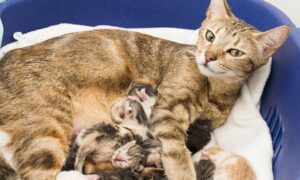 If your cat just started sleeping in the litter box, you should think about what has changed in the home.

How To Deal With Cats Sleeping In the Litter Box? 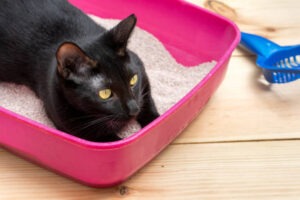 Fortunately, there are a couple of things that you can do.

Why Do Some Cats Play In the Litter Box? 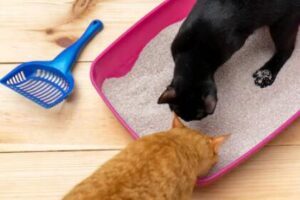 If your cat is playing in the litter box, there is no reason to worry. Most cats who play in the litter box are just trying to play. Litter boxes are like a sandbox. Your cat will find the sound of the litter and the movement stimulating. If you scoop the litter box and your cat hears the sound, they will come running because they believe that it is time to play.

In most cases, it is kittens who love to play in the litter box, and eventually, they grow out of it. However, there are some cats who refuse to grow up, and they continue playing in the litter box.

The best way to stop this behavior is to encourage your cat to play in other areas. You can keep their toys far from the litter box and play with their toys with them. If you keep doing this and are patient, your cat will eventually realize that the litter box is for going to the bathroom, and there are other areas in the house where they can play.

Cats are very quirky animals. If you have a cat, chances are, not a day goes by that they do something that makes you laugh or shocks you. This includes sleeping in the litter box.

If your cat is suddenly sleeping in the litter box, you should call the vet to be on the safe side. The medical issues that could be causing your pet to sleep in the litter box are serious and need to be treated.