Many people believe that small ears cat breeds are distinct from their wild cat forefathers. However, there are certain wild cats with smaller ears who may simply have a different proportion. Big cats such as the tiger and lion have proportionately little smaller ears than many kinds of house cats even if they are considerably larger animals. Small-eared cats are appealing because these tiny appendages frequently produce a cute round face. If they have small ears and huge eyes, people often consider them to be adorable.

However, small-eared cats, like other cat breeds, require the same treatments and care. They must be fed properly and given a safe and secure home environment. It’s one area in which we need to pay special attention when it comes to their ears. If the cat has a tiny short-eared cat(or even folded ears, like the Scottish fold), it might be difficult to determine whether there are bugs, parasites, or infections; so be sure to pay attention to a cat’s ears regardless of their size.

What Type Of Cat Has Small Ears? 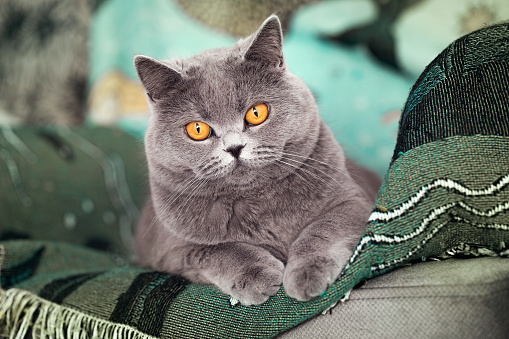 The Scottish fold has some of the most beautiful and unusual short-eared cat among all cat breeds, big or small. They have a genetic flaw that affects cartilage throughout their body, causing the ears to fold forward. The protruding and sharp-pointed ears of these cats, when combined with their wild disposition, give them an owl-like appearance. These cats have a number of health problems that have caused many people to call for a total ban.

The ears of the American Curl are considerably smaller than those of other felines. Furthermore, rather than being pointed, their ears have soft, rounded tips that curve backward away from their faces. The degree to which the ears bend over varies from cat to cat, but show cats have an arc of 90 to 180 degrees. The name for this breed derives from the curled ear morphology, as opposed to other cats with short ears.

American Curls, on the other hand, do not have arched ears when they are born. The kittens are generally born with upright ears that subsequently curl over within the first 48 hours of their life. Their ears may take up to four months to fully turn down and harden at the base, at which time they will no longer bend over.

The Highlander is an experimental cat breed created by combining a Desert Lynx and a Jungle Cat. They are wild-looking felines with tufts of hair and a spotted coat, which gives them an animalistic appearance. These cats are regarded as the world’s first ancient cat breed. They typically have curled-back ears and a unique characteristic of polydactyl paws, which means they frequently have extra digits on their paws. Despite their wild appearance, they are amiable and kind pets that, unlike other cats, enjoy the water.

Persian cats are not well-known for their ears, like the Scottish Fold and American Curl breeds. Instead, they are recognized for being one of the most beautiful and costly felines with long-haired plush coats, amiable faces, and serene temperaments. They’re so adorable that they’ve become quite popular – the most popular cat breed in the United States!

However, they are one of the few house cats with tiny ears. One of the features that distinguish them from the Turkish Angora was established in 1989. Furthermore, their complete and rough coats make Persian ears seem even smaller than they are in reality.

The Birman, also known as Burma’s sacred cat, is a big, sturdy breed with a long coat and pointed coloration. Their large, lengthy body and short legs add to the impression of their already tiny ears. The Birman cat’s beautiful countenance has earned it the nickname “the sultan of cats.” They are recognized for being highly loving and affectionate, with a laid-back and docile nature. The striking feature of these already stunning cats is their sapphire blue eyes.

Exotic Shorthairs are tiny, adorable cats with large eyes and little short-eared cats. They have the same small ears perched on their cute faces that Persians do. The ears are wide-set, sloping slightly forward, and rounded at the tips just like in Persians. These cats’ small size is already apparent; however, they’re made to appear even smaller thanks to these additional features!

Exotic Shorthairs have many similarities to Persians, aside from their ears. Both are known for their modest and pleasant dispositions, as well as a short muzzle and round doll-like eyes. Exotic Shorthairs, on the other hand, lack the Persian cat’s lengthy, plush coat.

The large, chunky felines have rather modest little ears, by comparison, however, their hefty bodies, thick, dense coats, and broad, round faces make their relatively tiny ears appear quite tiny. Their exquisite dark blue-grey fur with sparkling orange eyes is what distinguishes them. The Norwegian Forest short-eared cat has a long history, dating back to the first century A.D., making them one of the oldest identifiable cat breeds. They are recognized for being the inspiration for Alice in Wonderland’s Cheshire cat.

The Himalayans are a type of cat created by crossing a Persian with a Siamese cat. The combination of these two breeds produces a stunning and elegant appearance. Himalayans have the pointed markings associated with Siamese cats on their faces and short-eared cat, but they also retain the doll-like face, big eyes, and plush coats of Persians.

Himalayan cats are extra tall, heavyset felines with thick lengthy coats that provide them the appearance of being even larger. Their ears, on the other hand, are tiny! They’re considerably smaller than most cats’ ears, with broad tips and rounded edges. In addition, their enormous bodies and thick furs add to the deception of their already tiny ears.

Why Do Some Cats Are Short-Eared? 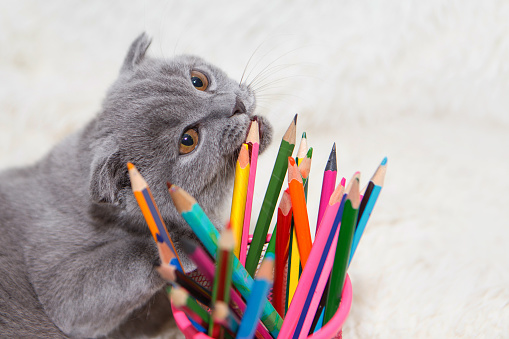 Genetics are the key to how a cat looks. This is why there are cats with curly tails, whiskers that reach the ground, big cats, and little kittens. Genetics also determine a cat’s coat length and color, facial shape, and placement, as well as eyes’ hue and darkness.

Yes – their DNA tells everything there is to know about how they look! And the same can be said for their ears. Each of our cats has a genetic code that specifies the size and form of their ears, much like other aspects of their body.

The cats’ ancestors date back thousands of years to Egypt’s Egyptian Maus, which had enormous upright ears with pointed tips. This implies that tiny, folded, and rounded short-eared cats are the consequence of genetic changes caused over time. The size of the ears varies considerably among cat breeds. Some of these changes will only affect the size of the ears. Others have small ears as a result of physical or hereditary factors that influence ear formation.

Even within the same breed, there will always be small variations in ear size; each cat’s genetic profile is unique. However, because cats are bred for particular characteristics, their gene pool is restricted, and most cats of the same breed will have similar-sized ears. This is how we’re able to anticipate typical characteristics of each distinct breed, from the luxurious, fluffy Persians to Maine Coons with long tails and short-eared cats.