I completely agree. Nothing could possibly stop you from appreciating tiny cats. However, big house cats are adorable, affectionate, and lively as well. Some of them even have features that resemble other BIG WILDCATS from the family. The following is a list of the biggest cat breed in the world.

The Biggest Cat Breeds In The World 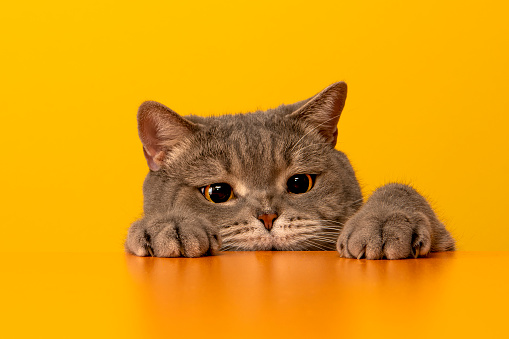 The Maine Coon’s mythical and legendary backstory is one that is filled with myth and lore. According to legend, the Maine Coon was formed through a cross between a raccoon and a cat domesticated by humans, giving the breed its tail that is fluffy striped and name.

Marie Antoinette, according to some more genetic hypotheses, may have a terrifying origin story. She attempted to flee with six favorite Turkish Angora cats across the sea in order to avoid being murdered by French Revolutionaries. Marie never made it to the United States, but at least some of her cats did, according to legend. The Maine Coon was created when Turkish Angoras were bred with local cats in New England.

A jungle cat and a domesticated cat were used to create the Chausie hybrid. A fully grown Chausie cat may weigh up to 15 pounds. This breed has a deep chest, long legs, an athletic body, and big ears.

Chausie is a small to medium-length coat breed with three distinct colors: solid black, black grizzled tabby, and black ticked tabby. Chausies are resistant to severe illnesses because they are a healthy breed. They are very active and energetic, with incredible jumping and hunting abilities.

The first Savannah was bred in the late 1980s when an African serval and a Siamese cat were crossed. The filial number F1 is given to a true cross. The F2, F3, and so on generations are known as subsequent generations. The F1 and F2 generations are the biggest, owing to the serval gene’s impact. As adults, medium-sized wild cats weigh about 26 pounds and Savannahs may reach a similar weight.

The domestic cat is descended from the wildcat, which has a spotted coat and enormous cupped-round ears. They have powerful bodies that make them impressively athletic. Savannahs can leap up to eight feet in the air straight. It’s not unusual for Savannah cats to splash in puddles, play fetch, and go on walks with a leash.

The Chartreux is a stunning unique breed of house cat. It is one of the world’s largest cat breeds, weighing between 7 and 10 pounds. The long development time of the Chartreux (4-5 years to reach full size) is what you should know most about this breed. A mature Chartreux has a powerful physique with broad shoulders and a deep chest.

Chartreux cats are known for their water-repellent blue-grey coat, which is characteristic of the breed. Female coats are thinner than those of males. The eyes of this breed, which has beautiful copper-hued irises, are also quite gorgeous. Chartreux is a calm breed that enjoys spending time with the family. Despite being a generally healthy breed, Chartreux is susceptible to a few illnesses, particularly polycystic kidney disease.

The Norwegian Forest cat is a big, fluffy feline with a deep history. It’s thought that Vikings brought this sort of cat to Norway in 1000 AD. For hundreds of years, this fluffy, powerful cat has appeared in European folktales and other writings. Norse myths describe a “fairy climber,” which scaled rock surfaces like no other feline.

In fact, the Norwegian Forest Cat has exceptionally robust claws and can climb trees and rocks without difficulty. This breed’s build is suited to the chilly Norwegian climate, as it has the same characteristics as other burly cats. They have a fluffy lion-like scruff and a triangle-shaped head with almond-shaped eyes.

The Siberian cat is a unique breed that has been present in Russia for almost 1000 years. The Siberian cat is also known as the national feline of Russia, coming from a chilly environment such as Russia. This breed comes from a country like Russia with a long, thick triple coat in all hues and combinations.

In appearance, the Siberian cat is a large and robust breed that has a powerful build. A fully grown male weighs 11 to 16 pounds, while a female weighs 8 to 11 pounds. The Siberian cats grow slowly, just like Chartreux. They don’t attain their full size until they are 5 years old.

The Ragdoll cat has a distinct propensity to melt when carried, much like a doll that clings limply from your arms.

Ragdolls are a cross between a white Angora cat and cats with Siamese-style points. This mating is visible in today’s Ragdoll, which has a thick, fluffy cream point coat.

This breed is like a ragdoll in that it’s a docile, gentle friend. They’re recognized for their kind disposition. The Ragdoll may be described as the ideal cat to curl up with due to its fluffy coat and tendency to seep down through your arms.

The Turkish van is a timeless breed that has been in Turkey for centuries. This hefty, agile breed can weigh up to 16 pounds when fully grown. However, it takes 3-5 years for a Turkish van to reach full maturity.

The Turkish Van, when mature, will have a long, well-built body with broad shoulders. This breed is also quite energetic and active. They enjoy learning games, especially those that include water play.

What Is The World’s Longest Domesticated Cat? 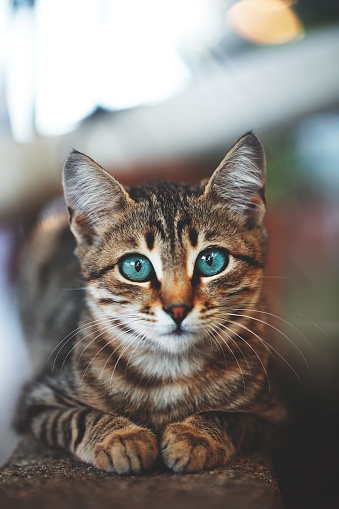 The world’s largest cats are measured by length rather than weight in the Guinness Book of World Records.

The world’s longest-living cat is Ludo, a Maine Coon who measures 118.3 centimeters or 45.6 inches long. Ludo is about as long as a six-year-old human tall from the tip of his nose to the end of his tail. The title belongs to a massive Maine Coon named Stewie (pictured). He was 123 cm or 48.5 in long.

What Is The World’s Heaviest Domesticated Cat?

Although the world’s biggest cat breeds weigh more than average, any cat may become overweight. As a result, world records are typically awarded to overweight cats rather than extremely large breeds.

To prevent people from putting their cats on a diet and promoting them like celebrities in order to profit, the world’s fattest cats are no longer documented in the Guinness Book of World Records.