You’ve undoubtedly witnessed it happen a time or two if you have more than one cat at home that cats groom each other. You probably grinned and exclaimed, “Aww!” when it happened. When one cat started grooming and lapping the other, it was clear that their parental pride had been roused. So, what is the purpose of cats grooming each other? Let’s look at this behavior further.

An Overview Of Self-Grooming Of Cats

Grooming is a critical cat behavior. To keep their coats silky and glossy, cats groom themselves to remove dirt and dust from their fur; swipe away dead skin cells; distribute the oils in their skin to keep their coats smooth; eliminate parasites, and prevent various infections to set in. Grooming for outdoor cats also aids in the removal of scents that might expose their locations to predators, according to Koski.

“Grooming is also a soothing act,” she adds.

The tongues of cats are built for licking, as they are dependent on grooming for both their health and well-being. You can find papillae on cats’ tongues, according to Koski. These are hooked hairs that provide their tongues a sandpaper-like feel and remove mats. They act as bristles to “comb” their fur, and keep them clean.

What Makes Cats Groom Each Other?

Let’s learn about this cat behavior before we tackle the question, “Why do cats groom each other?” This scientific term for this adorable behavior is allogrooming. Why do cats clean each other? Is it a sign of love between our cats, as our human instincts tell us? It’s not that simple. Scientists made attempts to study allogrooming behaviors in lions, domestic cats, primates, and several other species to understand them better.

In a study published in the Journal of Veterinary Behavior in 2016, United Kingdom researchers from the University of Bristol discovered allogrooming among the three methods cats use to strengthen colony social bonds.

In a study published in 2004, University of Georgia researchers observed the social interaction of cats in free-roaming cat colonies. They discovered that when cats have a social connection, allogrooming occurs. Allogrooming is only provided to cats who have been integrated into the colony.

In other words, cats will not groom another cat they do not know, which makes perfect sense. But there’s more to it than that. The cats’ inability to clean themselves may be the cause of their desire for assistance. It’s conceivable that this is a genuine requirement for help for bathing. 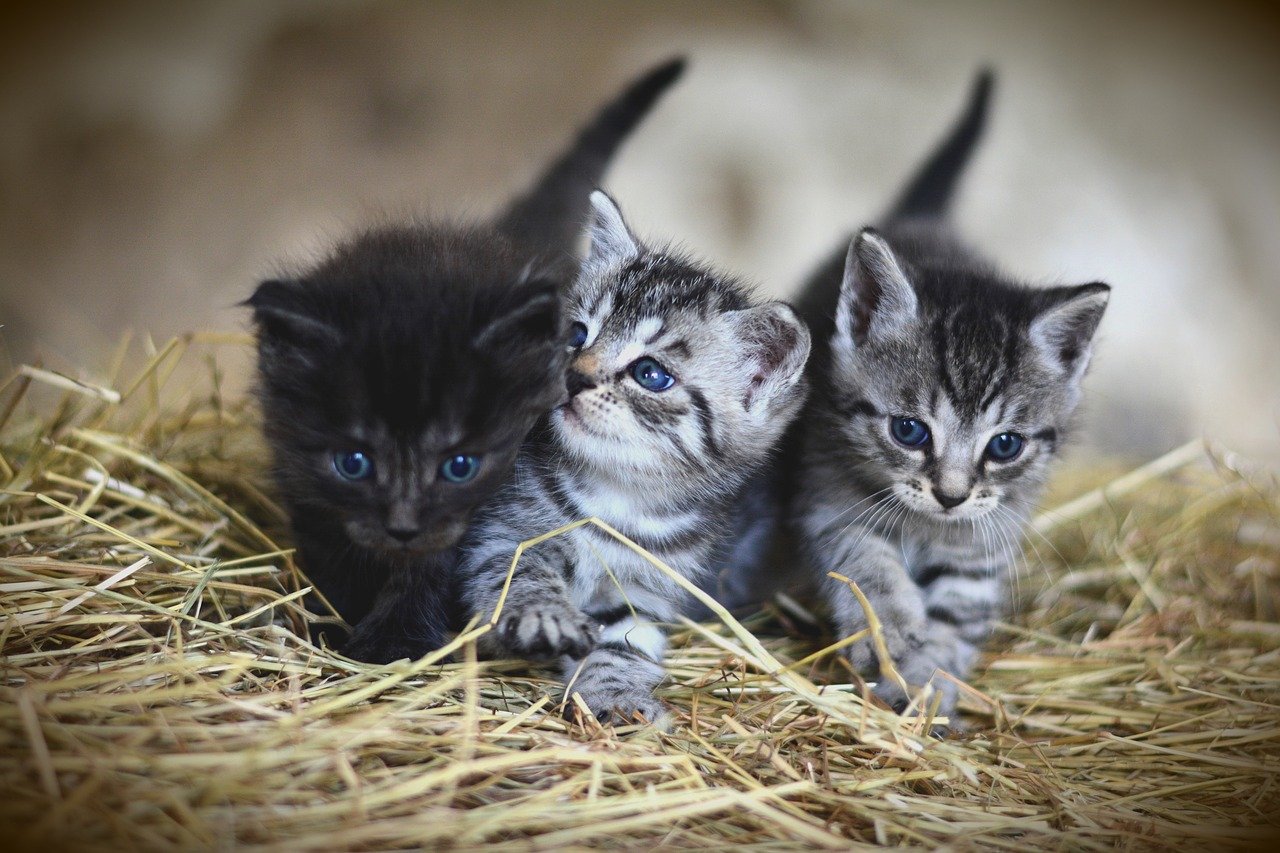 Another important point to consider while thinking about cats’ grooming each other is that the researchers discovered that cats with a stronger bond usually end up in allogrooming, and it may or may not be reciprocated. One particular instance of a female cat with two of her grown children was cited. For several minutes, each cat groomed the other and lent support to one another in their bathing habits.

We can learn how to care for our cats by studying allogrooming among colony cats since these interactions are passed on to their human contacts. When we pet and scratch our cat’s head and neck, we are grooming them where they would typically get groomed by other cats. While doing this, you may have noticed that cats enjoy being petted on the head and neck by their human companions. However, we also stroke cats on regions of their bodies that aren’t usually groomed during allogrooming. The researchers suggested that this might be one factor contributing to the aggression due to petting.

It’s All About Their Social Hierarchy

A 1998 study from the University of Southampton, titled The function of allogrooming in domestic cats (Felis silvestris catus), also found that most allogroomers groomed the head and neck region. This was also the conclusion of a study published in Animal Behaviour, which found that cats that were higher-ranking groomed cats of the lower-ranking more often than the other way around. Higher postures were also observed in allogroomers, such as standing or sitting upright, whereas allogroomees were sitting or prostrate.

This May Be A Motherly Instinct At Work

When cats groom each other, there are several factors to consider. When kittens are born, they receive the embrace of their mother’s tongue. Kittens don’t bathe on their own because they rely on their moms for everything, especially washing. This is both an indication of affection and a defense mechanism for their mothers.

Queens wipe their newborns straight away because odors from childbirth might attract predators. Kittens can bathe themselves at 4 weeks old and will do so for at least half of their lives thereafter.

According to the study, it was observed to be a sign of social connection and social acceptance. Strangers do not groom or ask for grooming from cats. Allogrooming may be performed as a service since it is typically to the head and neck, areas they can’t reach themselves. Allogrooming might be performed out of necessity for assistance with bathing.

Kittens learn to behave this way from their mothers, so maternal instinct likely plays a role. Allogrooming may also demonstrate social hierarchy, with the allogroomer exhibiting dominance and the allogroomee demonstrating submission. Allogrooming, despite being driven by aggression, is tempered by a social connection unique to friends and family.

Now, you know everything you need to know about why cats groom each other.