Do you have a cat that follows you around and seems to be always by your side? If so, then you may have a protective cat. A protective cat is one that feels the need to protect its owner and stay close to them at all times.

While all cats are unique in their own way, there are some common signs that can indicate that your feline friend is more protective than average. In this article, we will discuss how to tell if you have a protective cat, as well as some of the behaviors that these felines often exhibit.

How To Tell If You Have A Protective Cat 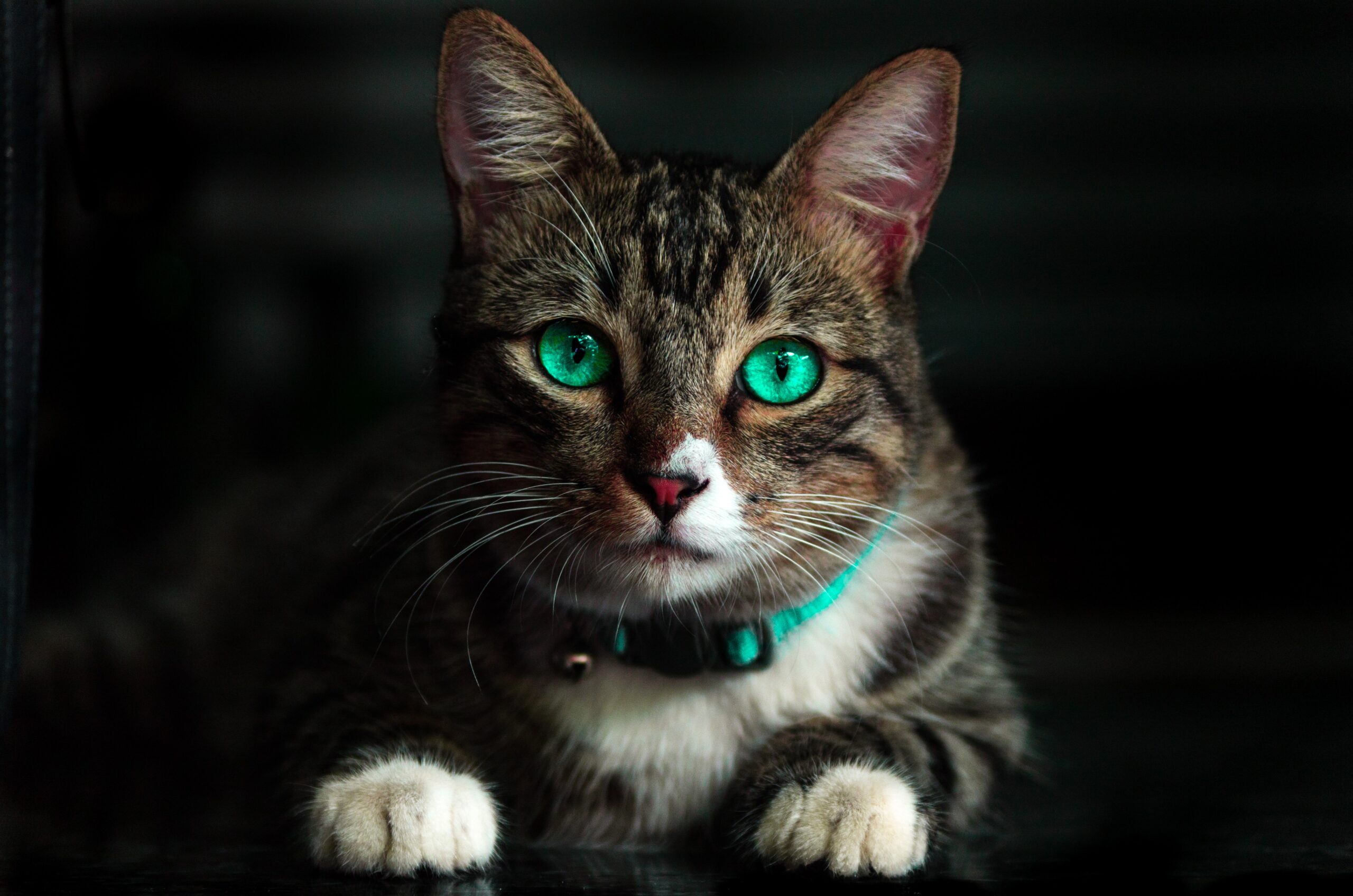 Below are some guidelines to consider in this regard:

Your Cat Sticks Close To You At All Times

The first sign that you may have a protective cat is if your feline tends to stay close to you at all times. If your furry friend follows you from room to room and even sleeps in the same bed as you, then there’s a good chance that your cat is protective of you and wants to be near you.

This behavior can also indicate that your kitty loves you, but protective cats do tend to stick close by their owner more often than other felines.

Your Cat Is Always Alert When There’s A Stranger Around

Another sign that your cat may be protective is if they are always alert when there’s a stranger around. If you have a visitor over, then you might notice that your feline friend is more vigilant and on edge than usual.

This behavior can also indicate that your cat may not feel comfortable with people who aren’t part of their family. In some cases, a protective cat may even attack a stranger if they feel that their owner is in danger.

Your Cat Follows You Around The House

This behavior can also indicate that your kitty is seeking attention or feeling bored, but cats who follow their owners around because they want attention tend to be more vocal about it than those who want to protect you.

Your Cat Gets Excited When You Come Home

This behavior can also indicate that your cat loves you and is happy to see you, but it’s not normal for a cat to be overjoyed when they see their owner.

If your cat has dilated eyes when there’s a stranger around, this is often a sign that they are feeling protective. When cats feel threatened or scared, their pupils will usually dilate as a way to better see what’s going on around them.

This behavior can also indicate that your cat is uncomfortable or scared, but it’s not normal for a cat to have dilated pupils when there’s no one around.

Your Cat Hisses And Growls When There’s A Stranger Around 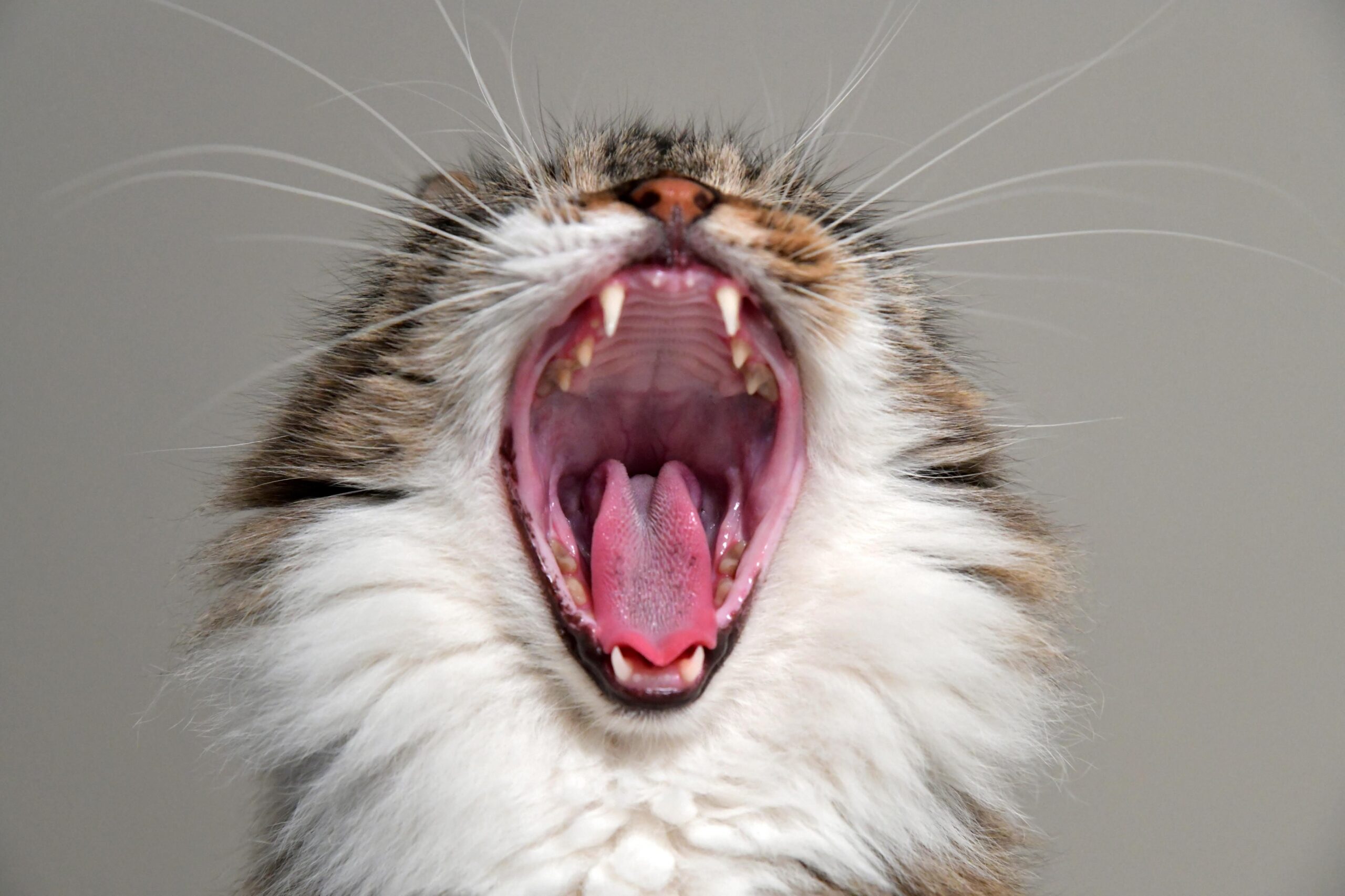 If your cat hisses and growls when there’s a stranger around, this is often a sign that they are feeling protective. Cats who hiss and growl at strangers or people they don’t like to tend to be more on edge when their owner isn’t home as well.

Another interesting read: How to Slow Down Cat Eating?

This behavior can also indicate that your cat doesn’t feel comfortable with the person, but it’s not normal for a cat to be aggressive towards people who they don’t know.

Your Cat Stays Close To You When There Are Loud Noises

If your cat stays close to you when there are loud noises, this is often a sign that they are feeling protective. Cats who feel scared by loud noises will usually try to hide under the bed or in a closet until things calm down.

This behavior can also indicate that your cat doesn’t like loud noises, but it’s not normal for a cat to be afraid of everyday sounds such as thunderstorms and vacuum cleaners.

When your cat is sitting on the sofa or on your lap, he might constantly move his tail. This means that you are in the presence of a protective feline. When your kitty’s tail starts to twitch rapidly and hits everything around him, it means that something has triggered his nervousness. He is trying to protect himself and his family by getting ready for a fight or to run away.

Another sign of a protective cat has exposed teeth. Cats use their mouth for many things other than eating and drinking. They expose their teeth to communicate with one another and us too. What happens when you see your cat open its mouth? Is it trying to tell you something or warn someone else? Here are some reasons why cats show their teeth:

Another interesting read: Why Do Cats Groom Each Other? (Allogrooming)

A cat may open its mouth when it feels threatened. If you have a new person in your home or a friend has come to see you, and the cat is not used to this stranger, then it will probably show its teeth. This is an indication that someone else should not come any closer to the cat. Cats do not like strangers and they do not want them to come near. Your cat might also open its mouth when it wants someone to go away or leave.

A cat can show their teeth when you take its food or water away from them, but this is only if the cat does not have a choice in the matter. Many times cats are fed at the same time every day and they know that it’s coming. If you take their dish away before they are done eating, then it will show its teeth as a warning to back off.

So, how can you tell if you have a protective cat? If your feline friend is always close by when there’s trouble brewing and is the first one to hiss or swat at an intruder, then it’s likely that he considers you and your family as his protectors. And that’s definitely something to be proud of!

Another interesting read: Cat Leaving Blood Drops – What Does It Tell?