While most cat breeds have lengthy tails, a few of them have tails that are entirely bobbed or tails that are on the shorter side or cats with short tails. While these breeds are typically uncommon than their tailed counterparts, many are becoming increasingly popular, so you shouldn’t have any trouble finding one if you’re looking to adopt one of these cats! 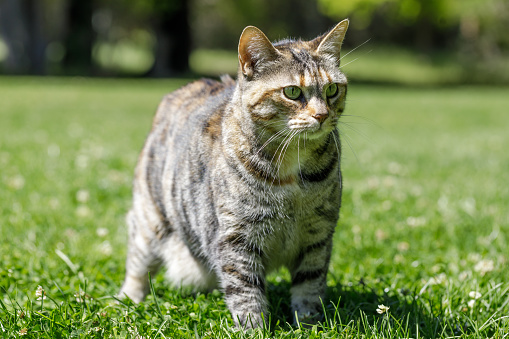 The American Bobtail’s origin is fascinating. Yodie, the first American Bobtail, was a tabby male who was abandoned at a motel in Arizona by a youngster. Because of its short tail and wild appearance, Yodie stood out immediately. Because of this, researchers first guessed that Yodie was a cross between a house cat and a bobcat. While it is likely that wild bobcats can mate with domestic cats, their offspring are extremely infertile.

Yodie’s unusual markings were the result of a spontaneous mutation, according to legend. Yodie reproduced with a Siamese, proving that he was not the result of a domestic cat and a bobcat mating, but rather resulted from a unique variation. The short tail was dominant in half of Yodie’s siblings, suggesting that the gene causing Yodie’s short tail was dominant. The breed was subsequently known as “American Bobtail.” 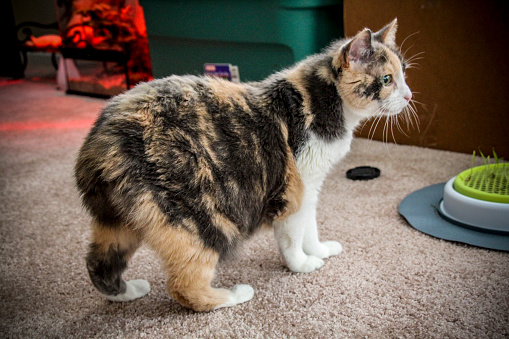 The Isle of Man is an island in the Irish Sea between the United Kingdom and Ireland, where the Manx Cat originates. Due to their stump-like tails, these cats are commonly known as stubby or rumpy in folklore.

The Manx cat’s short tail is the result of a naturally occurring mutation, giving rise to the “Manx taillessness gene.” Because these cats are native to a tiny island with limited genetic diversity, the gene became widespread in the area.

Because of their hunting skills, Abyssinians are highly sought after by individuals that have pest issues. 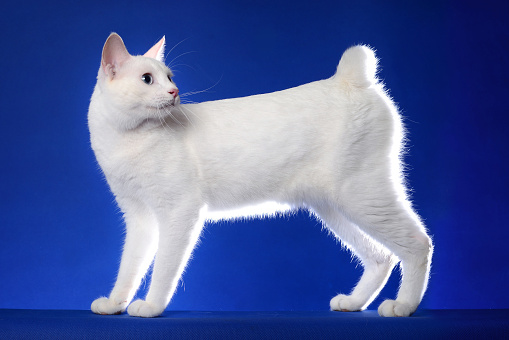 The Japanese Bobtail is a breed of cat with a bunny tail. They may be tiny, and their tails are straight or bent. However, owing to their compact sizes, they can still provide a lot of power, devotion, and playfulness.

Although they originate from various parts of Asia, they are primarily associated with Japan and its customs and folklore. They are said to have a thousand-year history, and it is considered fortunate if one of their paws is up.

The Japanese Bobtail is a breed of cat that weighs 5 to 10 pounds and reaches heights ranging from 8 to 9 inches. Their gorgeous coats range from white, black, cream, lilac, red, blue, and even bicolor and tricolors.

The majority of these cats are sociable and eager for playtime. But when left alone, they don’t get lonely. You’ll be shocked at their intellect, especially if you give them something that allows them to use their brains. 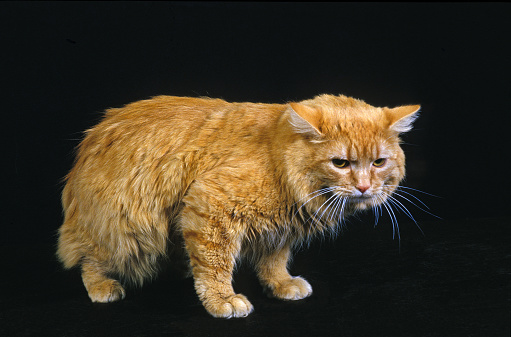 The Manx cat is the parent of this distinct breed. It was developed in Canada and has long fur, which distinguishes it from its shorthaired relatives. They are active and have a powerful prey drive, so they act very similarly to Manx cats.

Although they make excellent family cats, it is fair to say that they can’t be called lap cats. Instead, they are well suited for active families. 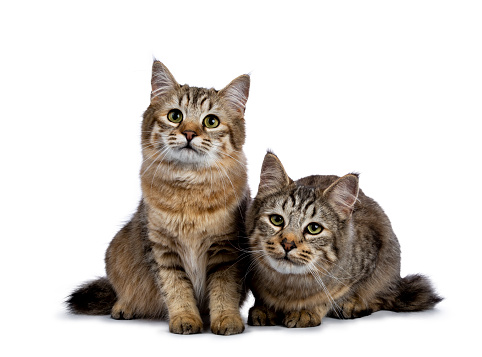 The Pixie Bobcat is a relatively recent breed, having been developed in Mount Baker, Washington in the 1980s. This breed’s history is fascinating. In 1986, Carol Ann Brewer found a male cat that was unusually huge and claimed to be the offspring of a bobcat (later DNA testing proved this allegation false). Although this cat was starving when she discovered it, it weighed 17 pounds and was so tall that it reached up to her knee! She called the recovered male Keba.

In the fall, Keba mated with a neighboring cat and produced a litter, which was named after him. One of the kittens from that mating was kept by Brewer and given the name “Pixie”. The name Pixie-bob comes from there; he started a breeding program using Pixie as the base cat.

Pixie-bobs are distinguished by their adorable appearance, tiny tails, and deep-set eyes. These cats are noted for their smarts as well as their bold, friendly, active, and sociable behavior. They get on well with people and other dogs, and they enjoy being in the same space as their owners. They also have a propensity to follow their owner around the house. 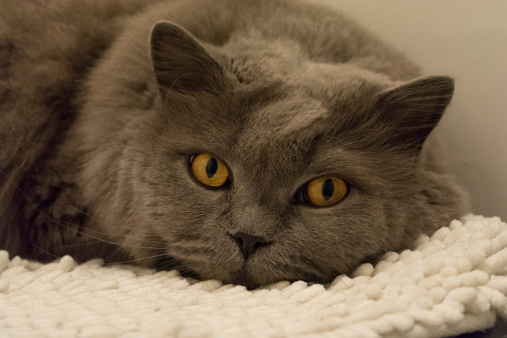 Highlanders are quite distinctive in appearance. Once you notice its enormous stature, odd ears, and short tails, you’ll be able to tell what breed it is. They’re a cross between the Jungle Curl and the Desert Lynx, both of which are mixes.

The Highlander is a relatively recent breed, having been recognized only since 2004. They were the result of an experiment gone horribly wrong. Previously, they had been referred to as Highlander Lynx, but the latter half was subsequently dropped.

The huge dogs have a ferocious appearance, owing to their hefty bodies that weigh around 10 to 20 pounds on average and reach 10 to 16 inches in height. Their 2 to 6 inches long tail, in contrast, appears even shorter.

There are numerous types of tabby cats, with long or short coats, available in a range of colors and patterns. They have foreign markings that complement their wild look perfectly. 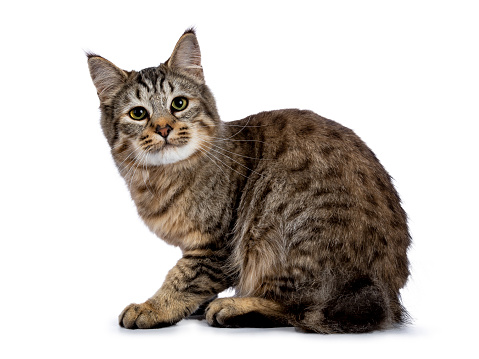 While this cat appears to be a wild lynx, it is actually a domesticated breed that has been developed to resemble its wild counterpart. This feline is an experimental variety that is uncommon and difficult to come by. Breeders have exclusive rights to most of them.

The leopard cat is distinguishable from the bobcat by its distinctive markings. They are not yet recognized by any major cat organization, but they are by the Rare and Exotic Feline Registry. 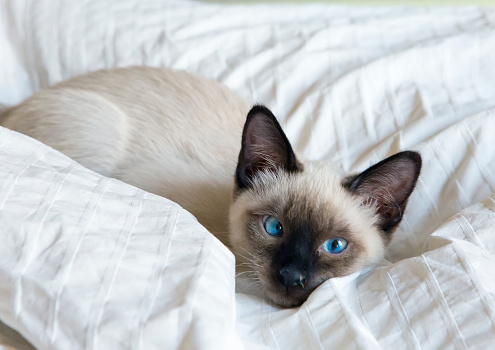 The Mekong Bobtail Cat originates in Thailand. It was originally known as Thai Bobtail, but it has been renamed the Mekong Bobtail since one of Thailand’s most significant waterways is named after it. The breed, which is also known as the Thai Leopard Cat, was created in Thailand and has roots there. It was first developed as a breed in Russia and recognized as a distinct breed by the World Cat Federation in 2004, despite the fact that it originated there.

The short coat of the Mekong Bobtail makes it straightforward to groom. It’s also a very clever, sociable, and loving cat that gets along with other animals and children.