We will look at their physical characteristics, their behavior, and their reproductive systems. By the end of this article, you will have a better understanding of the differences between female and male cats!

Another interesting read: Cat Leaving Blood Drops – What Does It Tell?

What Is The Difference Between Female And Male Cats?

No matter what the species, all cats have some commonalities: They are all predators, they are all obligate carnivores, and they all have sharp claws and teeth.

But beyond those similarities, there can be some big differences between male and female cats. So what are some of the key things that set males and females cats apart? Let’s take a look! 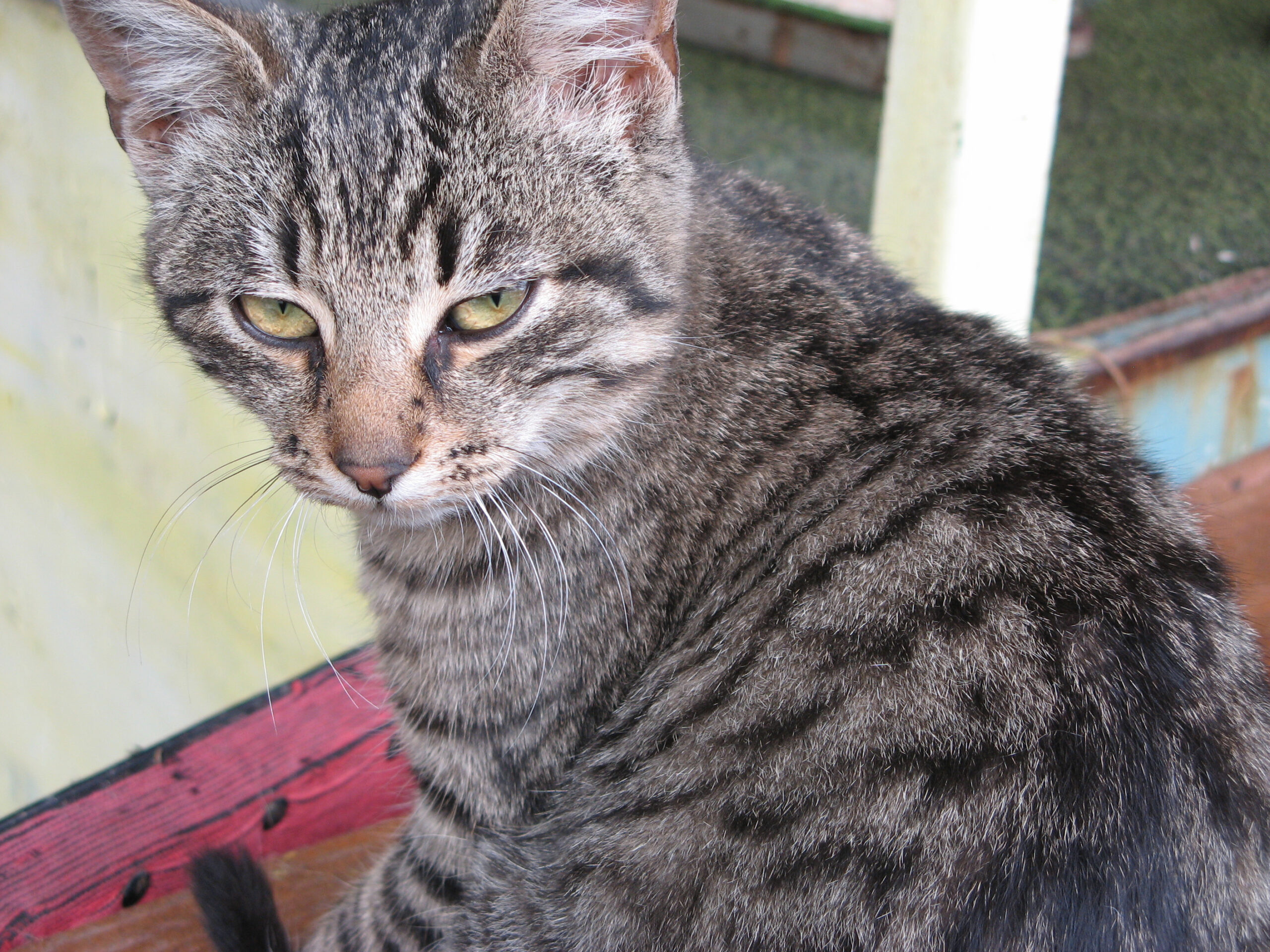 One of the most obvious differences between female and male cats is their physical appearance. Female cats tend to be smaller and slimmer than male cats, and they usually have shorter hair. Male cats are typically larger and more muscular, and they often have longer hair.

Below are some details you need to keep in mind in this regard!

Female cats have smaller heads in comparison to male cats. Their ears are also typically smaller, and they have a more delicate appearance overall.

Males, on the other hand, have larger heads and their ears are bigger in proportion to their head size. They also look more rugged due to their larger muscles.

Female cats have smaller and thinner necks, while males generally have thicker necks in comparison.

When it comes to the body, female cats are typically shorter than male cats are. Male cats tend to be taller and they also appear more muscular due to their larger muscles. The paws of a male cat will usually be larger as well.

Female cats have longer tails, and they also have smaller paws in comparison to males. A male cat’s tail is typically shorter than the female cat’s tail, but it has a thicker base. Male cats tend to be more muscular with larger muscles around their shoulders, legs, and stomach areas too!

Female cats have shorter hair, while male cats usually have longer hair that covers the majority of their bodies from head to tail. Male cats also tend to shed more often than female cats do!

Another difference between female and male cats is their behavior. Female cats are generally more affectionate and playful, while male cats tend to be territorial and aggressive.

Here are some things you need to consider in this regard:

– Female cats are typically more active and playful than male cats, who can be lazy at times.

– Female cats will tend to meow or howl more than males, who generally keep quiet unless there’s something wrong with them (e.g., illness).

– Male cats are better hunters because of their territorial nature and strong senses; female cats may not be as good at hunting because they’re not as territorial or aggressive.

– Female cats are more likely to climb on top of things like curtains or shelves, while male cats tend to stay away from high places unless it’s necessary for them (e.g., escaping predators).

Another interesting read: Cat Teeth Grinding: Cause And Solutions

Differences In The Reproductive System

Female cats also have different reproductive systems than male cats. A female cat’s ovaries are located inside her body, whereas a male cat’s testicles hang outside of his body (in the scrotum).

Female cats will go into heat every three weeks, during which time they will be fertile. A male cat can mate at any point in his life and does not go into heat or show signs of fertility as a female cat would!

Below are some details you need to consider in this regard:

-A female cat’s reproductive system is designed to produce and lay eggs.

-A male cat’s reproductive system is designed to release sperm.

So, what is the difference between female and male cats? In short, there are many differences! Female cats tend to be smaller and slimmer than males, they are more affectionate and playful, they have different reproductive systems, and their ears are shaped differently as well.

With all of these differences, it is easy to tell if a cat is female or male! Next time someone asks you this question, don’t be surprised when they ask for more information about the sex of their furry friend.

Are There Any Combinations Of Genders That Get Along Best?

Males tend to be better hunters than females. This means they can catch more prey, which is good for the survival of their species (as well as providing food). However, there are some combinations that get along best depending on circumstance:

-A male and female pair will work together if both cats have similar personalities or interests. They will be able to share food and hunt together, which is good for their survival as a species because it means they’re more likely to survive long enough so that offspring can exist.

-A female pair may work if one wants children while another doesn’t want any at all! This way both parties get what they want out of life without any fighting or drama.

-A male and a neutered male may work best if they are both lazy, as they will likely spend more time sleeping than hunting! This can be good for the owner because it means there is one less cat to worry about.

-Two males generally won’t get along very well unless they were raised together from birth (as kittens). This means they have an established hierarchy already where one cat is dominant over another.

Which Cat Is Better, A Male Or A Female?

There is no definitive answer to this question as it depends on the individual cat and what their personality is like. Some people may prefer a male cat because they are more independent, while others might prefer a female cat because she is more affectionate. However, in general, most people would say that males make better hunters than females do!

People who prefer female cats might say that they are better at caring for their young and that males can be more aggressive or territorial.

So, the answer to this question really depends on what you are looking for in a cat! If you want a fierce hunter who is independent, go with a male cat. If you want a cuddly kitty who loves attention, go with a female cat! Whichever gender you choose, make sure to provide them with plenty of food, water, and love!