One question that a lot of cat owners want to ask is, “why are cats tongues rough?”.

Cat’s eagerness to kiss you is one of the most divisive aspects about them. You’re likely to get tongue washing if you approach their faces. Some people adore it, while others despise it, and cats don’t care either way.

Not many people enjoy a kiss from a cat, and there’s a reason for that: their tongues are rough.

It appears strange that dog tongues are so smooth while cat tongues are rough; after all, both evolved to be predators, right? What’s the explanation for cat tongues?

Let’s find out what the evidence has to say!

What Causes Cat Tongues to Get So Sharp?

The rough texture of a cat’s tongue is due to the presence of backward-facing spikes called papillae. These spines, like our hair and nails, are composed of keratin and run up and down the length of a cat’s tongue, although they’re mostly concentrated in the middle.

When you look very close, you can see the papillae on their tongue. However, your cat isn’t going to just sit there with its tongue out as you inspect it, so snap a quick shot instead.

Don’t worry if this is something new to you — researchers are still learning about it. They just discovered that papillae aren’t cone-shaped and solid, as previously believed. Instead, they’re scoop-shaped with a hollow center.

This is critical since it explains the utilization of the cat’s rough tongue.

There Are Many Reasons Why

You’re looking at the problem the wrong way if you’re asking why cats have rough tongues. There’s nothing “wrong” about it: They’re a result of millennia of natural selection.

Because of this, there will not be a single one-size-fits-all response to the question. The fact is that cats employ their tongues for a variety of things, and the harshness makes many of those activities simpler.

It’s impossible to tell if the cat’s rough tongues evolved for a purpose or if cats just figured out how to make the most of their hand. It’s also doubtful whether it matters much.

So, rather than hunting for a single solution to the issue, let’s consider all of the advantages of having a scratchy tongue in cats.

Drinking-Water With Rough Tongues Is Beneficial

Because a cat’s papillae are hollow and scoop-shaped, it is considerably simpler for them to drink the liquid.

Because cats can’t purse their lips and suck water as we can, they instead plunge their tongues into the water and draw it back in swiftly.

The scoops on the papillae capture droplets of water as they flow off the surface, forming a spiral that the cat can then close its mouth around and swallow. It may not be as efficient as how we drink, but it does the job for them.

Dogs, on the other hand, plunge their entire tongue into the water and then curl it, swallowing huge mouthfuls of water. Cats only dip the tip of their tongue in the water, with papillae handling the rest. 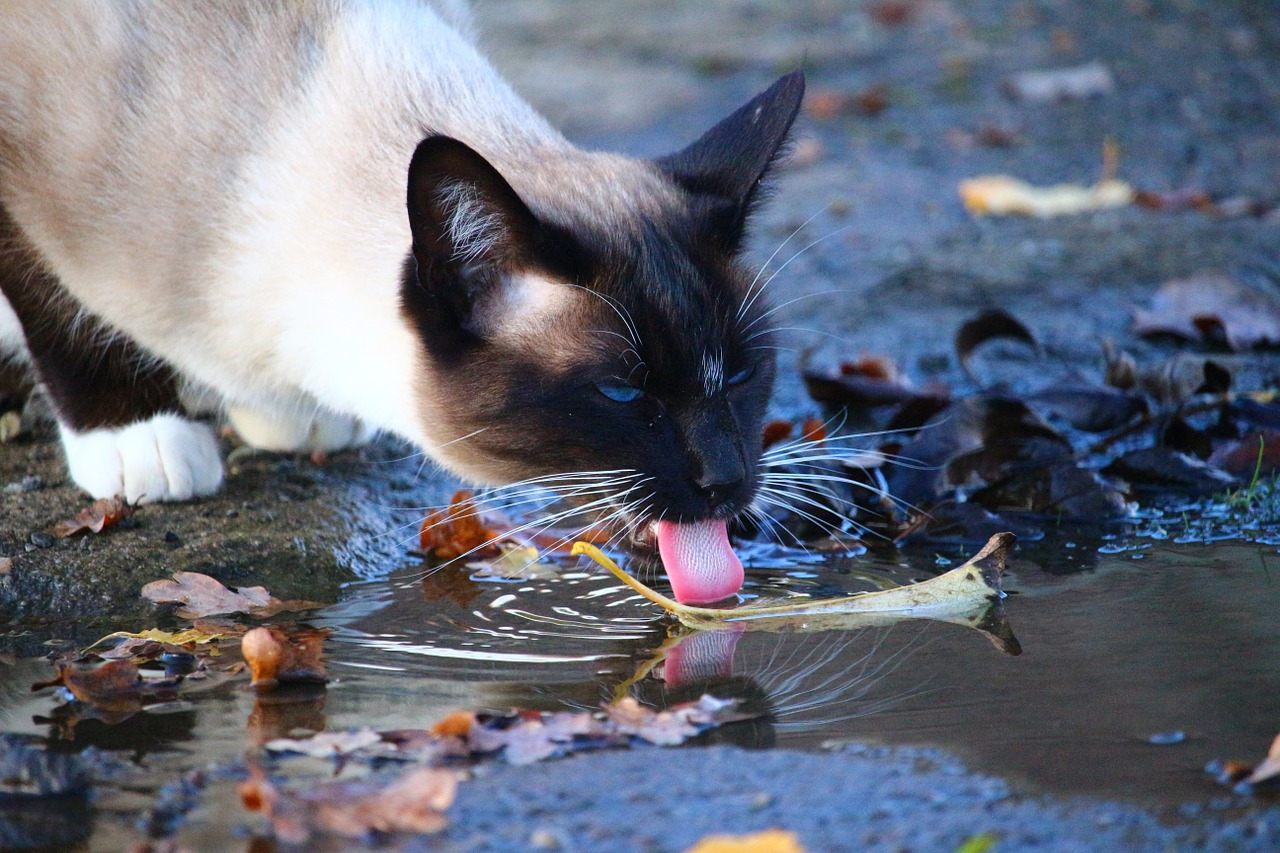 Their Tongues Aid In Grooming.

You’ve undoubtedly witnessed your cat grooming themselves for most of the day. While it may not appear as though it, cats are good at maintaining their hair, and it’s all thanks to the papillae on their tongues.

The papillae aid the cat’s saliva in sinking deep into their fur and to their skin. Surprisingly, when you compress a cat’s fur, the distance to its skin is the same as the length of its papillae! (There are minor exceptions: One exception is the domestic Persian, which explains why their fur is so prone to matting and tangling.)

Another advantage of drinking from the bowl is that it allows saliva to get down deep enough into your cat’s skin to remove the blood and other contaminants that may cause unpleasant odors. This is important for hunting, and it partially explains why cats’ tongues differ from dogs’.

Cats are solitary hunters by nature, so anything that might reveal their presence may ruin their chances of food and could eventually result in starvation. Dogs, on the other hand, tend to hunt in packs and will pursue prey over long distances.

A dog wouldn’t care if you detected them approaching — all that matters is whether you can outrun them. It’s a critical difference for a cat, though, since it comes down to life and death; thus, their rough tongues are quite beneficial.

They must be able to consume a sufficient amount of their quarry’s flesh for their satisfaction, and the papillae on their tongue will assist them in doing so.

The cat’s first goal while eating is to get a solid grip on their meal. When the prey is pounced on, it has a fraction of a second to break free before being crushed. The papillae aid in this by ensuring that few creatures are successful in escaping.

The rough tongues then come into the rescue, assisting them in removing every last scrap of flesh from the bones of their killed quarry. It works similarly to a cheese grater in that it keeps scraping off a bit more with each swipe.

Because the hunting success rate of a cat can vary considerably, they must make the most of each meal, and their rough tongues ensure that they do.

What Happens If a Cat’s Papillae Are Removed?

Some cats, especially older ones, may have “bald spots” on their tongue that aren’t as rough as the rest of them. This is because, like our human nails and hair, a cat’s papillae can break off — but they don’t regenerate.

When this happens, your cat will have a much more difficult time grooming themselves, so you’ll have to pick up the slack. If you start to notice patches on your cat’s tongues that are smooth, increase your brushing efforts.

Also, you should take your cat to the veterinarian just to be sure. Papillae can break off as a result of oral herpes or other illnesses, so see what else is wrong with him.